The week has flown by and I haven't had a chance to post anything, but it's all been good. Last Sunday I got on my trusty steed, after a break of several weeks due to cold weather, and cycled to Mousehold Heath. I didn't know about the heath when I set off, but following my nose, ended up there quite by accident. I seem to be always drawn to open, grassy spaces and this place is certainly a destination when one needs to get away from the hustle and bustle. The heath has an amazing history, which I found out after I got home and visited Wikipedia. Since the 12th Century there's been a murder, several uprisings, and the scene of artillery training during the Second World War. The bombs left a huge depression in the ground, which has been turned into a small pond. Today, it's a peaceful woodland where people cycle and families walk with their dogs. 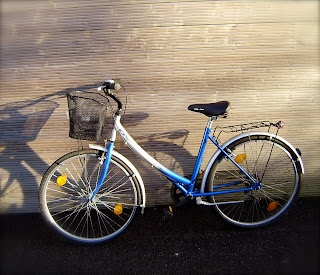 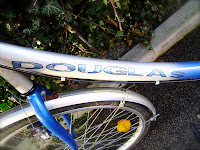 On Sunday I went with my new friends (introduced through Nan), Chris and Mary and their enchanting daughter, Bronwyn, to the Cathedral for the annual Medieval Christmas Fayre (as they spell it). First we went for lunch in wonderful cafe near the Cathdral. Then, fortified with delicious food, walked to the Cathedral just blocks away. It was an amazing event complete with a fire eater - something I've never seen first hand before. 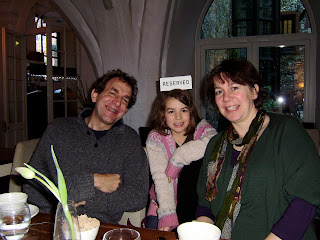 The man, dressed in a black Monk-like robe, stood in the grassy centre of the cloister, filled his mouth with some kind of flammable liquid, then put a flaming torch to his lips and blew. It was quite spectacular, the flames shooting about six feet into the air. Every time I tried to photograph it, I missed by milli-seconds. I should have taken the shot while he was filling his mouth and I might have caught the action. We walked around the cloister and looked at all the amazing stuff on sale, but I was good and refrained from buying any of it, tempting as it was. Feeling chilled to the bone, as if the stone walls had pulled the heat from our bodies, we went to the cafe in the Cathedral and had tea and cake. The highlight was a five-piece musical group singing 1940s songs and some carols. The four men and two women singers were excellent and I wanted to sing along, but no one else was so I restrained myself. I remember years ago when Kayla and Courtney were young, going with Mickey, Dennis, Luke, and Mariah to the Van Deusen Gardens' night-time Christmas festival and wanting to sing along with the carols that were being piped through the colourful lit gardens. I started singing along with O Holy Night...when Kayla, who I was carrying in my arms, leaned her head towards my ear and whispered, "Please don't sing, Nana." 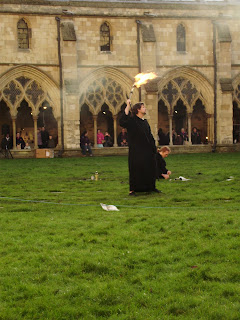 Monday was the last class for the Biography course and we celebrated with a party at Thea's house, one of my fellow students. The house she shares with her partner, David, is small and crammed with books - they're both serious students. He is a lute maker and has a workshop out back where he spent most of the evening. A lovely man, and when I mentioned this to Thea, she said, "Yes, isn't he nice." Very touching. They're both in their late sixties, intellectually thirsty, and a joy to be around. The meal was incredible. We sat at a long table in living room, enjoying Moroccan dishes all prepared by Thea (with not a smidgen of dairy!). We were asked to bring only olives and homous and some wine. She'd prepared a mildly spicy beef tangine, another of chicken, couscous and a fresh green salad with romaine and pea shoots. She said it was in honour of my trip to Morocco next Tuesday, which left me quite speechless (unusual for me). There were ten of us all together, everyone from the class but two, who had to travel too far by train. Even Helen, our effervescent module leader, came and added to the laughter and repartee. The lively evening ended with tea and orange cake, and at 10:00 pm we were driven home by those with cars. Everyone was happy to have had the chance to celebrate the end of the semester. It's good to know that most of us will be going into the same modules in January, so it's not goodbye yet.
Posted by Mo Phillips at 04:33